The rocks under St. Andrew's

I enjoyed another visit to Scotland last week. While there I went up to St. Andrew's, home of the third-oldest English-speaking University in the world. In addition to a noteworthy University, the town's other tourist attractions include the ruins of a castle and a cathedral.

These first two photos show what is left of the castle up at the ground level. 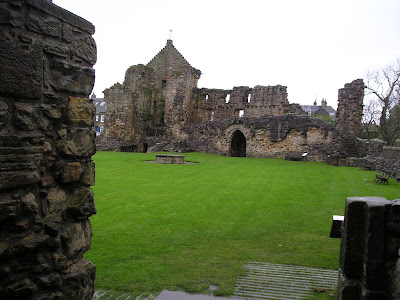 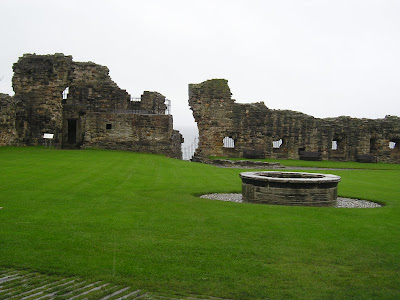 Here is the view from the beach, looking up at the castle. 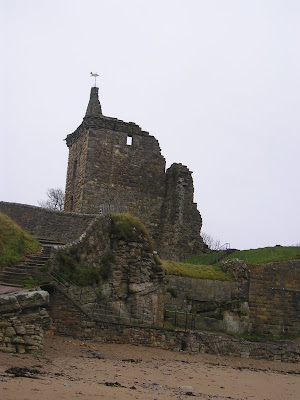 This is the cliff just to the left of the castle, showing the sedimentary rock upon which the castle is built. 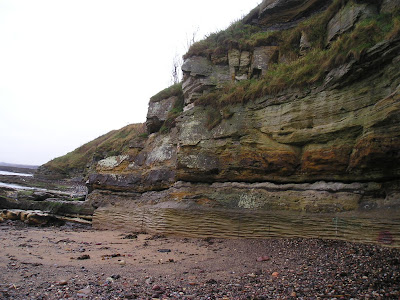 This is a tunnel under the castle. During a siege the attackers dug a mine, hoping to get under the walls and blow them up. But the folks in the castle heard them digging, dug a counter mine, and managed to fend off the attackers in the tunnel. 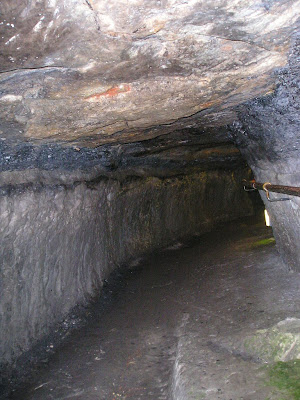 Here is a view through the walls down onto the beach, showing more of the sedimentary rocks below. 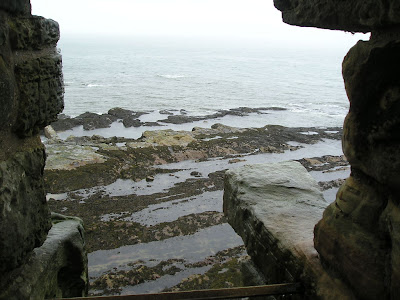 While the rocks in this part of Scotland aren't as pretty as the metamorphic rocks in the interior of the country, still it was fun to see the interaction of the human history and the geology.

What a cool setting! I like to think of my alma mater (William & Mary) as old, but 17th century can't compete with 15th century.

Indeed! The campus is delightful, too.